For years, Copart has helped various communities rebuild in the face of natural disaster, and continues to respond to the call time after time. When hurricanes, hail storms, tornados or floods hit, Copart’s Special Operations Catastrophe Response Team (CAT Team) is ready to deploy.

The Copart CAT Team is a dedicated team of employees who are always ready for the next disaster to help move vehicles, document damages and sell total loss vehicles affected by the disaster. The team is comprised of many experienced veterans and first-time helpers that are ready and prepared to make a positive impact during the devastation. Each year, Copart employees are given the opportunity to sign up for this team fully aware that they may be deployed to help during a disaster in a moment’s notice.

Recently, when Hurricane Harvey and Hurricane Irma devastated the Gulf Coast of Texas and Florida, the Special Ops Team immediately hit the ground running to help relieve the affected communities. 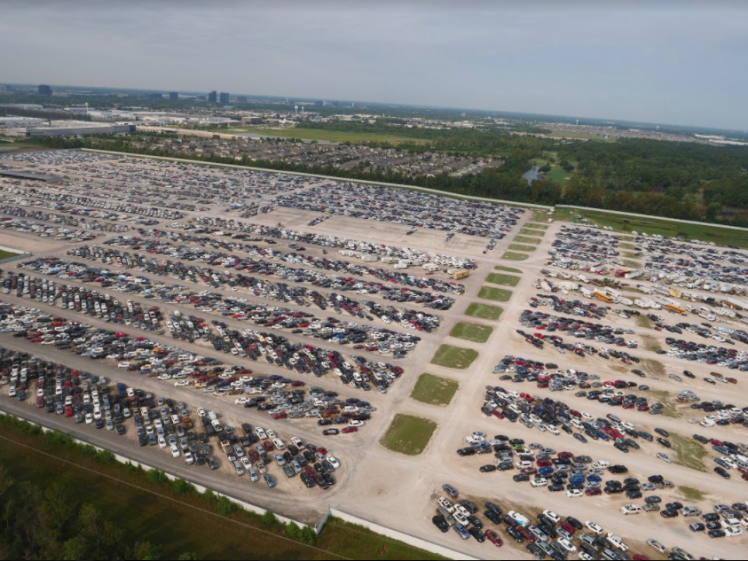 As Hurricane Harvey made landfall over the Houston, Texas area, an estimated 27 trillion gallons of water were dumped on parts Texas and Louisiana in just six days. This rain caused 51 inches of rain – a record rainfall from a tropical cyclone in the continental US. This record amount of water caused an estimated $75 billion dollars in losses to the Houston communities. In addition to countless homes and buildings, an estimated one million cars are said to be destroyed by the flooding.

The Copart CAT team was on the ground just days after the storm, and quickly began transporting and documenting cars that were damaged from the flooding.

There are a lot of things that makes Copart unique, and our Special Ops Team plays a big part in that. This allows Copart to provide an unmatched experience, driven by our people, process and technology.

Thank you to our CAT Team!

To learn more about Copart in the Community, click here!

I’m Michelle Hoffman, Vice President of Marketing at Copart. Copart is a global online auto auction company that sells nearly two million salvage and clean title vehicles each year to more than 750,000 dealers, dismantlers, rebuilders, exporters and end users across the world. The insights that I’ve gained over the past few years have inspired me to start this blog, Auto Market Insights. My goal is to share best marketing practices, lessons learned, strategies and tips to other automotive industry professionals. Learn More....